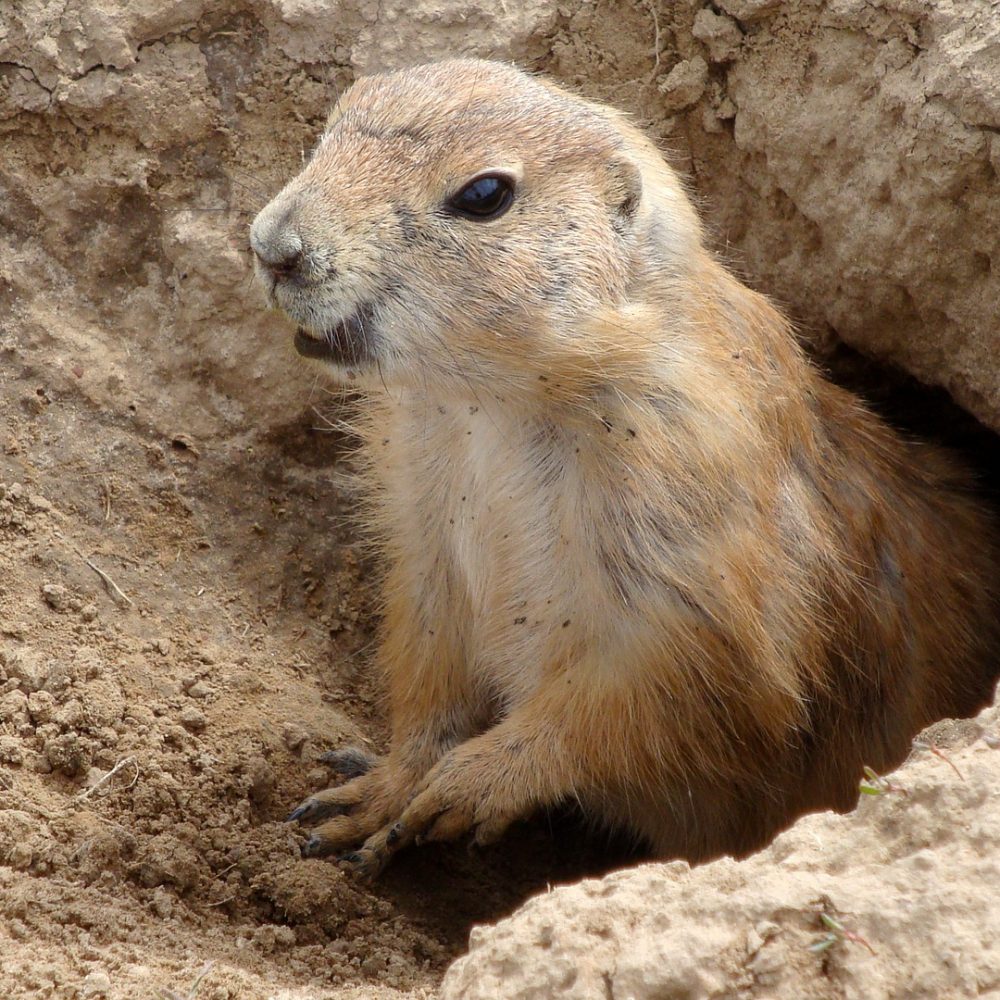 Groundhogs are well known for their burrowing habits and destructive behavior to landscaping, digging their burrows in the most inconvenient locations.

The groundhog (Marmota monax), also known as a woodchuck, is a rodent of the family Sciuridae, belonging to the group of large ground squirrels known as marmots. It was first scientifically described by Carl Linnaeus in 1758. The groundhog is also referred to as a chuck, wood-shock, groundpig, whistlepig, whistler, thickwood badger, Canada marmot, monax, moonack, weenusk, red monk and, among French Canadians in eastern Canada, siffleur. The name “thickwood badger” was given in the Northwest to distinguish the animal from the prairie badger. Monax was a Native American name of the woodchuck, which meant “the digger”. Young groundhogs may be called chucklings. Other marmots, such as the yellow-bellied and hoary marmots, live in rocky and mountainous areas, but the groundhog is a lowland creature. It is found through much of the eastern United States across Canada and into Alaska.